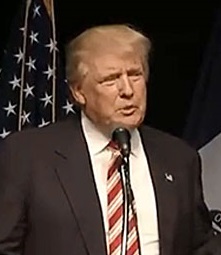 A White House task force on rural America has released its recommendations and improving broadband access is a top priority.

President Trump addressed the disparity yesterday during a speech at the American Farm Bureau convention in Nashville.

“On NAFTA, I am working very hard to get a better deal for our country and for our farmers and for our manufacturers,” Trump said, to applause.

During the 2016 campaign, Trump called NAFTA a bad deal. The pact was opened to renegotiation this past August.

American Farm Bureau Vice President Scott VanderWal says the Farm Bureau’s call for renewing NAFTA rather than scrapping it is well known to the Trump Administration.

“They know very well that there are people nervous out there in farm country,” he said.

Representatives of the U.S., Canada and Mexico will resume NAFTA talks later this month.