You are here: Home / Agriculture / Farmers advised to have a marketing plan to deal with price uncertainty 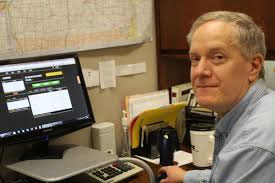 Ed Kordick, a marketing specialist at the Iowa Farm Bureau Federation, says farmers have a better chance of earning profits if they implement a marketing plan that includes forward contracting to sell their grain in the spring instead of fall.

“History has shown us that, not every year, but often that springtime — March, April, May, early June — can be some of the best pricing opportunities,” Kordick says. “It’s not going to happen every year but the uncertainty is greatest in the market at those times.”

Kordick says the strategy isn’t ever guaranteed, but over the course of time, it will prove to be successful. He says farmers need to formulate price goals. “Those are set up by their own cost of production and what type of a realistic price rally could be seen,” he says, “but then also tying that price goal to a date, March, April, May, early June, and get what they think is comfortable done in a pre-harvest sale.”

Kordick suggests farmers take out crop insurance as another means of risk protection, but he recommends following pre-determined marketing dates from their plan. “The folks that follow a disciplined marketing plan come out just a little bit better,” Kordick says. “Plus, what I think is very important in these tight margin times, is they reduce their risk before harvest. If we wait until that harvest price, that’s often when supplies are greatest and we can take some of that risk off the table ahead of time.”

In order for farmers to be successful marketers, he says they need to know their cost of production, remove emotion when making decisions, have a marketing plan, and have the discipline to follow that plan.