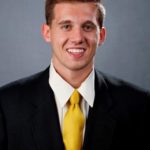 Iowa needed overtime to post its first Big Ten win at Illinois. The Hawkeyes outscored the Illini 10-0 to start the extra session in a 104-97 win, a game they trailed by 20 in the opening half. Sophomore Jordan Bohannon led the Hawks with 29 points.

“It has been a grind these past few weeks”, said Bohannon. “We keep fighting every single day in practice and have kept working. We have stayed optimistic and that really showed tonight.”

Illinois freshman Trent Frazier sent the game to overtime with a three pointer to beat the buzzer. He finished with 27 points. Iowa coach Fran McCaffery says the Hawkeyes stepped it up defensively after giving up 54 points in the opening half.

“We played three different zones and we were so much better in the second half”, said McCaffery. “In the first half they carved up our zone.”