You are here: Home / Crime / Courts / Senator Ernst says there’s more work ahead in and out of military to end sexual assault 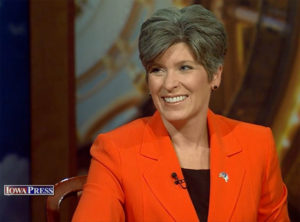 Iowa Senator Joni Ernst says efforts to cut sexual assault in the military have been successful and similar efforts are needed for civilians.

Ernst, a Republican from Red Oak, is a retired Iowa National Guard soldier who has focused on efforts to end sexual harassment in the military since taking office. She says there have been more reports by soldiers while overall cases are down.

“That is really important because then it gives that command structure the opportunity to investigate that as well as prosecute if that is what the victim or survivor wants to do. So, I do believe it is working,” according to Ernst. She still isn’t satisfied enough has been done.

“I can’t say that it is ever enough,” Ernst says, “I think we have to keep moving forward. I think greater education of our young people when they are coming into the military is extremely important. So,even before they are sworn in they need to understand that this is not acceptable behavior.” The issue has taken center stage outside the military in recent weeks.

“When we look on the outside of the military in our civilian population — there are problems there as well — as we have witnessed not just here in the United States Congress, in the political arena….but we see it in all the talk that has been in Hollywood and elsewhere.” Ernst says the efforts to prevent sexual assault should be the same whether in or our of the military.

“We have to keep working on this. Is this something that will be solved overnight, probably not,” Ernst says. “But I do think that it is important that our public is aware that again, it’s never okay to sexually harass someone. It is never okay to assault someone in any circumstance. We’ve got to start teaching this from a very young age, just the respect and dignity of all people.”

Ernst says everyone has to take a role in making changes. “We all have a lot of work to do, not just Congress in making laws, or the administration in writing rules. We all have a responsibility in our communities to make sure we are raising people to understand that every life has dignity and we need to respect that,” Ernst says. Ernst made her comments during a conference call with reporters.