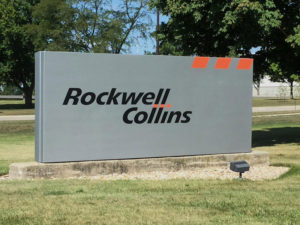 The largest employer in Iowa’s second largest city has announced a move impacting over 100 workers.

Rockwell Collins will end its Fabrication Operations in Cedar Rapids. The work will be transitioned to external suppliers by spring of 2019, according to a statement from the avionics maker.

Rockwell Collins spokesperson Josh Baynes says the fabrication unit has operated at a financial loss for several years and the company “doesn’t see any longterm recovery.”

About 105 Rockwell employees currently work in Fabrication Operations. Baynes says those workers will be able to apply for open positions with Rockwell Collins. In September of last year, Connecticut-based United Technologies announced a deal to purchase Rockwell Collins for $30 billion.

Rockwell Collins employs about 30,000 people globally, including 8,000 in Cedar Rapids.