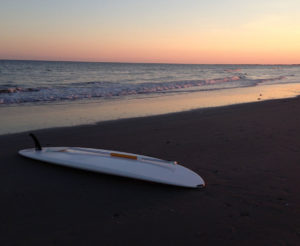 A Sioux City couple will have more than pictures to talk about after returning from a trip to Hawaii. Mark Stuck and his wife were in the Aloha State when the false missile warning went out Saturday.

Stuck says they had been there a few days and were out shopping when the message came out. “We were at a farmers market getting some pineapple and bananas and you start hearing everybody’s phones go off and you realize okay this is something, “Stuck explains. “You look it and at first you think it is just a drill until you read all the way through and realize this is not a drill this is the real thing. It was interesting to watch — about half the people panicked and the other half kind of looked at each other and said ‘okay what’ll we do?’.”

Stuck says they then tried to figure out where to go and get more information on what was going on. He says one of the shopkeepers told them they were supposed to have a bomb shelter, but it hadn’t been built yet. Stuck says some people ran to another building while he and his wife called their kids to see if there was anything about the missile on the news and there was nothing.

Stuck says no warning sirens ever sounded, so after a few minutes, he and other tourists thought it wasn’t a big deal. Many residents of the 50th state though, who wondered if it was a possible North Korean nuclear attack.

“In some of the bigger cities there are stories of folks really scrambling and putting their kids down manholes, and really fearful or what was going on” Stuck says. ” We are over here in Maui, and we kind of thought we are probably really not the target anyway.”

Stuck and his wife will return home Wednesday with one more adventure to talk about then they thought they would have when they headed for Hawaii last week.