You are here: Home / News / Clovis says his role in Mueller investigation ‘essentially over’ 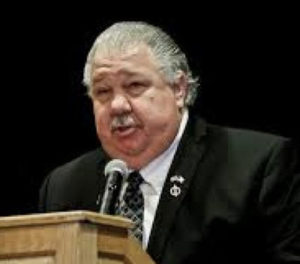 The former Morningside College professor who worked on President Trump’s campaign yesterday said he cannot comment on any details, but Sam Clovis believes his role in Special Counsel Robert Mueller’s investigation “is essentially over.”

“What has been reported in the mainstream media is not accurate on any level on a lot of these issues,” Clovis said during an interview on KSCJ Radio in Sioux City. “It’s not even close.”

Clovis testified before the grand jury investigating Russia’s alleged meddling in the presidential campaign. This fall multiple media outlets reported Clovis had supervised George Papadopoulis. Papadopoulis is the campaign volunteer who’s pleaded guilty to lying to the FBI about his contacts with Russians.

Clovis is still serving as senior White House advisor to the U.S.D.A., a post he’s held for nearly a year.

“I’m kind of the lead trouble-shooter for the secretary,” Clovis said. “He places me in different parts of the organization to deal with transition issues and policy issues.”

In early November, Clovis asked the president to withdraw his nomination to be the chief science officer for the U.S.D.A., saying he could not get fair consideration. Critics said Clovis didn’t have the credentials for the job. Clovis said he never claimed to be a “bench scientist.”

“What you really need is someone who can help set priorities, understand what the priorities of the administration are and figure out a way to feed the world in 2050 when we’re going to have 9.6 billion people out there and that’s why I was selected. It was not because I was a world-renowned botanist,” Clovis said. “…But I have a very strong pedigree in education and I have a very strong pedigree in economics and right now, in that particular part of the department, education and economics are two areas that need to be bolstered.”

Clovis made his comments late yesterday afternoon on KSCJ radio, the station where he hosted a talk show for four years. Clovis left the show in 2013 to run for the U.S. Senate. He joined the Trump campaign in August of 2015.