You are here: Home / News / State Representative from Boone arrested for drunk driving 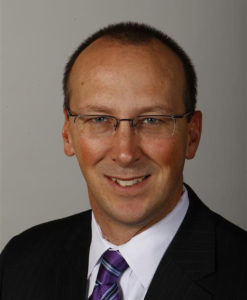 A state representative who is chairman of the House Judiciary Committee has been charged with drunken driving after being pulled over on Highway 30 in the Ames area at about 3:30 this morning.

House Speaker Linda Upmeyer, the top Republican in the legislature, issued a written statement, saying “drunk driving is unacceptable behavior for anyone, let alone a state legislator.” Upmeyer said “appropriate action” will be taken “quickly.” That might be a reference to whether Baltimore continues leading a committee.

Upmeyer also pledges to “work with Representative Baltimore to get him the help and support that he needs at this time.”

The Ames Tribune reports someone called authorities early this (Friday) morning to report an erratic driver was on Interstate 35 between Ames and Des Moines. In addition to operating while intoxicated, Baltimore has been charged with driving under the speed limit and with veering from lane to lane. He had a pistol in his vehicle and, while Baltimore has a gun permit, authorities have charged with Baltimore with carrying a weapon while intoxicated.

According to the bio for Baltimore on the House GOP’s website, Baltimore grew up on a farm near Oskaloosa. He earned a business degree from ISU and a law degree from the University of Minnesota. He practiced law in Minnesota before moving to Boone. Baltimore is currently in-house legal counsel for a bank in Boone.