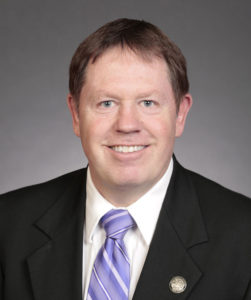 All 20 Democrats and the independent in the Iowa Senate are co-sponsoring legislation that would make state employees financially responsible if their actions lead to a legal payout for wrongdoing or bad behavior in the workplace.

The bill is a response to the $1.75 million legal settlement the State of Iowa paid to a former staffer for Senate Republicans who filed a sexual harassment lawsuit. Senator Tod Bowman, a Democrat from Maquoketa, says legislators need to learn from the mistakes that were made and make changes.

“Iowa taxpayers, my constituents are disgusted with the fact that they’re on the hook for the damages, the dollars that have been (awarded) for this,” Bowman says. “They don’t despise Kirsten Anderson for seeking action, justice…We need better examples by public officials.”

The legislation faces an uphill battle in the Senate, as it would require support from at least five Republicans to pass and no Republican has signed on to co-sponsor it.

The bill Bowman and 20 other senators are sponsoring would have the state immediately pay any damages ordered by a court or awarded through a settlement due to a state employee’s misconduct. The state attorney general would then be required to try to recoup the money from the employee or employees responsible. Bowman says “it’s sad” this is something legislators have to deal with.

“It should be common sense that we all behave in a professional manner,” Bowman says.

The bill would not apply retroactively to the settlement for former Senate staffer Kirsten Anderson. It would apply in future cases involving state employees who allege workplace harassment as well as discrimination based on their race, age, religion, gender or disability.