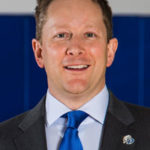 Drake coach Niko Medved hopes the home court remains an advantage tonight when Drake hosts Loyola in a battle of the co-leaders in the Missouri Valley Conference. The Bulldogs are unbeaten at home this season.

“Any extra edge you can get is fun but that is what college basketball is all about”, said Medved. “The Knapp Center is an intimate place and the crowd is right on top of the action. The more people we have there is a certain energy that is really fun to be part of.”

Both teams are 6-2 in the Valley and it is the second straight home game for the Bulldogs where first place is on the line. They are coming off a 61-58 victory over Missouri State.

The Ramblers make their annual trip to Des Moines riding a five-game win streak with a 16-4 overall record.

The Ramblers’ efficient offense converts on 50.6 percent of its shots with four of its top five scorers all shooting 50 percent or better. Clayton Custer leads the way with 12.8 points per game while Aundre Jackson and Donte Ingram add 12.1 and 11.9 points, respectively. The Ramblers swept the weekly MVC awards this week with Ingram claiming Player of the Week honors while Cameron Krutwig was named the MVC Newcomer of the Week. The freshman center averaged 14.0 points and 8.0 rebounds in last week’s wins.