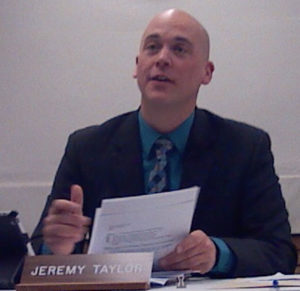 It was something like a scene from a popular movie Tuesday when two Woodbury County Supervisors forgot to turn off their microphones and went into the bathroom during a break in their meeting.

Supervisors Jeremy Taylor and Rocky Dewitt went to the men’s room after finishing the budget portion of their meeting — but left their microphones on and their comments were broadcast on the county’s YouTube channel.

Taylor is heard over sounds of a towel dispenser when Dewitt walks into the restroom. “Well, there’s a quorum in the bathroom,” Taylor says.  The two then talk about some of the discussion during the budget hearing and in-between 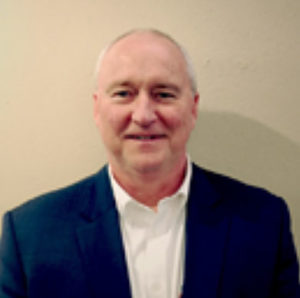 bathroom sounds appeared to make fun of some of the people who spoke up at the hearing.

Taylor ended the conversation appearing to again make fun of the people who were there to talk about budget cuts. “I didn’t know who was going to stand up last and say,’this all started when I was six years old and had a dream’,” Taylor says and then laughs.

Taylor told KSCJ radio he was not making fun of those at the meeting and downplayed the significance of the comments.

“If this is what our taxpayer watchdogs are paying attention to — then good on them — they finally got something to report,” Dewitt says. “You know, there is nothing in that conversation in the bathroom that wasn’t already taken place. There was not voting taking place, it was simply a microphone got left on.”

Dewitt is the chair of the supervisors and says he sees no reason why anyone would be upset by their conversation. “At worst I think it was a more cordial conversation that transpired in the bathroom that probably would have happened in a regular meeting. So, I’m just not seeing what the fuss is about,” Dewitt says.

Dewitt says he learned about the open microphones while he was driving home from Tuesday’s meeting and says no one from the public has called to complain to him.