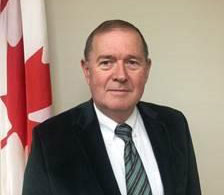 A Canadian government official says the current round of NAFTA negotiations underway in Montreal is “pivotal” to the future of the agreement.

Round six of NAFTA re-negotiations began this past Sunday. One sticking point in the negotiations is Canada’s supply management system for dairy farmers. Connors said that’s one of the “paradoxes” of NAFTA since the accord went into effect 24 years ago.

“We’ve seen significant progress, significant removals of tariffs and barriers to trade — and significant integration has been in the ag sector,” Connors said. “But paradoxically within the ag sector there is a few areas where both countries derogated some areas. Canada maintains its supply management system and USDA maintains a number of support programs.”

NAFTA wasn’t “complete free trade,” according to Connors, and he said negotiators from all three countries will be pushing “to try to open up the ag sector a bit more.” Connors said the trading relationship among the three countries is important not only nationally, but in Iowa as well.

Connors indicated Canadians “would like to be optimists” about the propects that NAFTA will be renegotiated rather than scrapped.