You are here: Home / News / Iowans encouraged to donate funds to nature via Chickadee Checkoff 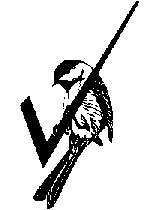 As Iowans begin the task of filling out their state tax returns, they’re encouraged to make a donation to what’s nicknamed the “Chickadee Checkoff” to support wildlife conservation statewide.

Stephanie Shepherd, a wildlife biologist at the Iowa Department of Natural Resources, says the amount collected last year for the Fish and Wildlife Fund rose from the year before, but still, very few Iowans donate to the cause.

Iowa has 1.6 million taxpayers and last year about 7,800 donated to the fund, an increase of about 300 from the year before. “Less than half of one percent of taxpayers actually donate to the checkoff,” Shepherd says. “If every taxpayer in Iowa, for example, gave one dollar to the checkoff, that would mean $1.5 million for wildlife conservation.”

Of the Iowans who donated last year, they averaged about $19 each. The fund benefits a wide array of Iowa’s most vulnerable creatures — more than a thousand species, including eagles, songbirds, turtles, lizards and butterflies. Avenues include education, research and habitat management.

“The money from the Chickade Checkoff is used to support non-game wildlife or wildlife that you can’t hunt, fish or trap,” Shepherd says. “It was instrumental in developing the Wildlife Diversity Program here at the Iowa DNR where we focus entirely on non-game species.”

The Fish and Wildlife Fund was created by the Iowa Legislature in the 1980s as a way for citizens to donate to wildlife conservation on the state tax form. Before that, non-game wildlife had no dedicated funding.

Shepherd says donating on the tax form is easy: simply write the amount next to the Fish and Wildlife Check-Off, line 57 on Form 1040. The sum is either automatically deducted from the refund or added to the amount owed. Plus, it’s deductible from next year’s taxes.