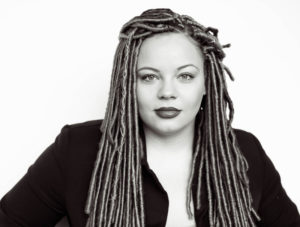 A documentary filmmaker from central Iowa is in the midst of a crowdsourcing campaign to raise money for her next project which she says will expose the underground industry of sex trafficking in Iowa.

Vanessa McNeal, of Des Moines, says people are being bought and sold for sex daily in our communities and their survivor stories need to be told to raise awareness of this horrendous crime.

“Sex trafficking is so pervasive in our community and it’s something that’s just not talked about,” McNeal says. “There are people in our communities that are struggling and that are being tortured and abused and we just don’t give them a voice. Part of that is because we don’t think sex trafficking happens in the first place. It’s so important because it’s happening to our sisters and our brothers and our neighbors and our kids.”

McNeal says they’ve talked with an Iowa survivor who says she was was raped 56 times in 12 hours while her traffickers made $60,000. Iowans have a hard time believing that kind of depravity and wickedness may be in their neighborhood — or next door.

“We here in Iowa have this ‘Iowa Nice’ culture and mentality, which is wonderful, but I think it comes at a cost in relation to these topics,” McNeal says. “There are a lot of people that are benefitting off the fact that people aren’t aware of what’s happening here in Iowa.”

The documentary is to be called “Gridshock: A Film About Sex Trafficking in Iowa.” An Indiegogo campaign has raised more than $24,000 so far but $35,000 is needed for the feature-length film. Nine days remain to raise the money. She and her crew hope to start shooting this spring and have the film ready for screens this fall, ideally on Netflix or HBO. McNeal calls herself a “survivor of sexual violence” and adds she’s never experienced sex trafficking.

“It’s just so important to elevate these voices,” McNeal says. “This film isn’t going to be about how bad Iowa is. This film will say that we here in Iowa are going to make it really difficult to let this crime continue here. That’s my motivation, just making Iowa safer and better.”

In addition to raising the money, she says the challenges ahead include finding more survivors to interview for the film while avoiding the dangers involved in exposing the secretive industry. Learn more and find a link to donate at www.gridshockdocumentary.com