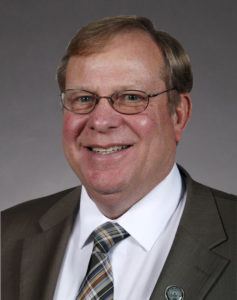 A senate committee has approved legislation that would limit the liability for Iowa businesses accused of over-serving a customer involved in a drunk driving crash.

If the bill becomes law, a person injured in a drunk driving wreck or the relatives of someone who dies in an accident would be limited to receiving a total of $175,000 from a bar or restaurant. Senator Michael Breitbach, a Republican from Strawberry Point, says the bill’s needed because Iowa bar owners are finding it harder to buy liability insurance.

“Especially in the western part of our area, in our rural areas if you don’t serve food with your beverages, there’s only one company that will write your coverage,” he says.

Breitbach grew up living on the floor above “The Hub” in Colesburg, his family’s bar, and Breitbach says he doesn’t want businesses like it to close because they can’t afford the liability coverage.

“We have a lot of small towns where maybe the only business in the town is the local tavern and maybe they don’t serve enough food that they don’t quality for a better priced policy,” Breitbach says. “We don’t want that business to do away. It might be the backbone of that town.”

“In many of these situations, the person that is in the best spot to stop an impaired driver is the one who stops that next drink from being served,” Boulton says. “…What this legislation does is it does tear down some of that responsibility.”

Under current law, a bar or restaurant can be held liable for all damages from an accident if the person was sold or served alcohol and the business did know or should have known the person was intoxicated or was becoming too drunk to drive.