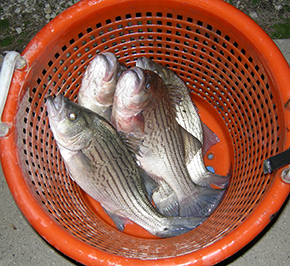 One legislator jokingly calls it a “fishy” bill, but it got the enthusiastic support of an Iowa House subcommittee this morning.

The measure would change state regulations for livestock confinements — so Iowa “fish farms” could raise all sizes of fish rather than be forced to buy small fish from another source and fatten the fish up to the point they’re big enough to eat. Joe Sweeney has a fish farm near Alden and is developing one in Ellsworth for tilapia.

“Right now in the state this industry is really in its infancy and so to date, we haven’t had very many actual brood stock or animals that are going to help give birth or help produce more fish and so a lot of that has been coming from different parts of the country or different parts of the world,” Sweeney says, “and so with this bill, I think that’s going to make it easier to start that genetic side of the industry here in Iowa.”

There are about a dozen fish farms in Iowa today, according to Sweeney. Fish farms in Iowa are producing barramundi sea bass, shrimp and there are even koi farmers as well. About a decade ago, Iowa’s aquaculture industry started at just about ground zero, but Sweeney and others see nowhere to go but up as demand for fish grows.

“The United States consumes about 13 billion worth of seafood and about 90 percent of that is imported from other parts of the world,” Sweeney says.

And international experts say due to industrial fishing, there’s going to be a dwindling supply of fish from the ocean as the world population grows, along with the need for more fish.

Sweeney spoke with House subcommittee members this morning. Sweeney, by the way, is the son of former State Representative Annette Sweeney. She is now the state director for U.S.D.A. Rural Development.