You are here: Home / News / Protesters blocking highways could spend a year in jail if this bill becomes law 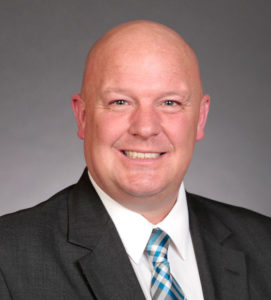 A bill that would hike the penalty for protesters who block highway traffic has cleared a Senate committee. All the Republicans on the panel voted for the measure, including Senator Jason Schultz of Schleswig

“Standing on an interstate is not a good place to have a temper tantrum,” Schultz told Radio Iowa after tonight’s committee meeting. “Somebody could get hurt and it could be the person angry or it could be a driver. You could have ambulances…(and) essential services held up and it is not appropriate.”

After the 2016 election, an anti-Trump protest in Iowa City wound up blocking traffic on Interstate 80. Schultz said the passions of protesters weren’t the only concern.

“If you went on social media, you had plenty of people who were happy with the outcome of the election and they would say: ‘Well, I wish they would be on the highway when I was driving through,'” Schultz said. “None of that is healthy. None of it is good and I think it is beneficial for the Iowa Code to say: ‘That activity has got to stop.'”

If the bill were to become law, a protester caught blocking traffic on a road with a speed limit of at least 55 miles per hour would be charged with a serious misdemeanor. That could land someone in jail for up to a year.