You are here: Home / Agriculture / Bill would dictate types of eggs to be sold in Iowa stores 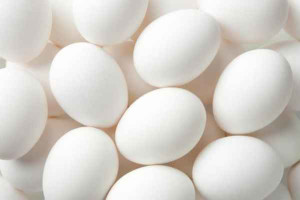 Legislators are considering a bill that would force the state’s grocery stores to always have “conventional” eggs for sale. Republican Representative Lee Hein of Monticello says the concern is stores may be pressured to only sell eggs that come from “cage free” operations, “which are $3 to $4 more expensive that the regular commodity egg that’s cheaper and more affordable.”

Bill backers say it’s about ensuring consumer choice. Critics say it will require stores to sell a certain product. Hein admits to “struggling with” the idea of imposing a mandate.

“But I also believe that we don’t need to bow down to the pressure of the animal rights groups, which are maybe growing, but are still a small segment of the population,” Hein says. “And I firmly believe that the regular Iowans wants a choice.”

The vast majority of the eggs laid in the U.S. each year come from “conventional” large-scale operations with thousands of hens. Some retailers, like Walmart, have committed to eventually buying eggs from hens that have a larger range of movement indoors — in so-called “cage free” operations. If this bill becomes state law, though, Walmart stores in Iowa would be required to keep selling eggs raised in large-scale conventional operations.

The legislation has cleared initial review in both the House and Senate. It must pass a full committee by the end of next week to remain eligible for consideration in the 2018 Iowa legislature.