You are here: Home / News / $33 million is new estimate of state tax windfall from federal changes 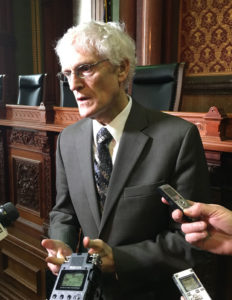 The Iowa Department of Revenue estimates individuals and corporations in Iowa will pay $33 million more in state taxes this year due to federal tax law changes. That estimate — released today — is three times higher than the department’s January guess.

It’s welcome news for officials struggling to ensure the current state budget remains in the black.

“It’s positive,” Iowa Department of Management director Dave Roederer told reporters after receiving the news, ” but we also need to be very cautious.”

The Iowa House and Senate are considering budget-cutting plans to deal with lower-than-expected tax revenue in the current year before starting to develop a state spending plan for the fiscal year that begins July 1. Roederer helped draft the state government spending proposals Governor Reynolds submitted to legislators in January. 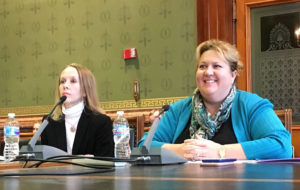 “It should give us all some confidence that the numbers aren’t going to drop from what the governor’s budget was looking at in January,” Roederer said.

Courtney Kay-Decker, the director of the Iowa Department of Revenue, said today’s report is a “good sign” that Iowans are seeing more tax-home pay because of the federal tax law changes.

“We’re continuing to gather data every single day as tax returns come in, we get another little tidbit of data,” Kay-Decker said. “…I think the economic signals out there are generally good, so hopefully that will mean that incomes are going to continue to increase.”

Governor Reynolds and Republicans in the legislature have signaled they want pass a tax cut package yet this year. It would affect the income taxes Iowans pay the state in 2019.