You are here: Home / News / Senate subcommittees sign off on gun-related measures 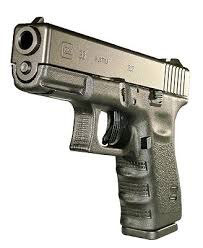 Two separate proposals to expand gun owners’ rights in Iowa advanced through initial review in the Iowa Senate on Thursday.

One calls for adding an amendment to the state’s constitution that calls on courts to “strictly scrutinize” any future gun regulations. The other calls for doing away with the requirement that Iowans get a government permit to carry a concealed weapon. Supporters call it “constitutional carry.”

“Certainly all human beings have the desire, the need and the right to defend themselves, their families and their communities. Their ability to do so effectively is often dependent on having tools — arms — available for that purpose,” said Richard Rogers of the Iowa Firearms Coalition. “In the past, those tools may have been a stick, a blade or a bow. In the modern era the most effective tool for this purpose is typically a defensive firearm.”

Supporters of the move say if the government has the power to issue gun permits, it might some day use that power to take those guns away.

“As a law-abiding citizen of the United States, I don’t fear my government,” she said,”…and I trust that my right to own a weapon is not under attack.”

Abrahamson described the gun permit process as a “minimal” step.