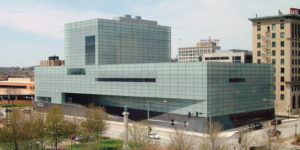 Paintings by some of the world’s most recognized artists will visit the Quad Cities later this year.

For three months, starting in October, the Figge Art Museum in Davenport will host “French Moderns: Monet to Matisse.”

Figge executive director, Tim Schiffer says the 60 works come from the collection of the Brooklyn Museum in New York.

“It includes some of the most well-known impressionists, Monet, Renoir, Degas, Cezanne, but it also includes earlier works starting with French academic paintings and going all the way through Matisse to the modernists of the 20th century.”

Funding for the exhibition comes from a group of local residents, who raised $1-million to use as an endowment to support this and other major exhibits every other year at the Figge.

The exhibit will run October 6th through January 6th.