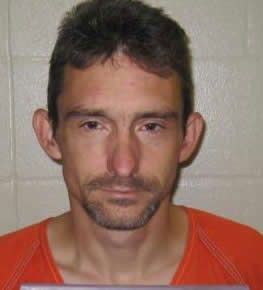 A district court judge has granted legal immunity to a western Iowa man based on Iowa’s new “stand your ground” law. The ruling means 39-year-old Kevin Staley of Red Oak will not face trial on voluntary manslaughter charges for the shooting death of 27-year-old Devin Davis last year.

Staley was scheduled to face a jury trial Tuesday, but Montgomery County Attorney Bruce Swanson says the judge sided with a motion Staley’s defense attorney filed last week. “The essence of the motion is to invoke the ‘stand your ground’ statute, which the Iowa Legislature passed last year, and went into effect this past July 1,” Swanson said.

Police said Davis and another man hid behind a bush and planned to mug Staley, who was sent to the location in an alley during the early morning hours of October 11. Davis, wearing a bandanna and a hoodie, jumped on Staley.

“Staley, unfortunately for Davis, was carrying a licensed concealed weapon,” Swanson said. “He pulled it out and shot Davis and Davis died.” Police said the two men had a longstanding feud.

Swanson said he recognizes many Iowans find the “stand your ground” law controversial, but he noted it doesn’t mean a person can just grab a gun, shoot their enemies and claim it was self-defense. “(The law) says you can use reasonable force to fend off whatever force that you see is coming against you. And, as long as you’re reasonable in your thought process and belief, then you can use deadly force,” Swanson said.

“The court found, in this instance, that these two guys in their hoodies and bandannas — hiding behind a bush in a dark alley at 3:30 in the morning, this guy having been set up to be at the predetermined location — the court found he was warranted in using the force that he did.”

Staley is now out of jail. Swanson said the other man who was hiding in the bushes with Davis, Robert Wiechman, was never charged in the case.

(Thanks to Mike Peterson, KMA, Shenandoah)