You are here: Home / Business / Cider business near Fairfield expanding into vacant building 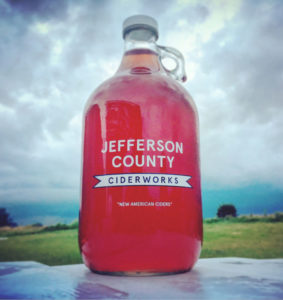 A business in Jefferson County which makes hard cider is moving to a new facility and plans to expand the operation to be able to send its product statewide.

Jesse Narducci and Katie Greenfield started Jefferson County Ciderworks in 2013 and began producing cider from the apples grown on the family farm near Fairfield.

“We grew out of that quickly and have kind of been doing our best with the space we have,” Narducci says. They found out expanding at their current location would cost a lot of money to increase the amount of electricity available. They decided to buy a former millwork manufacturing facility and put the building that had been vacant for more than a decade back into use in Fairfield.

He says it was a great location because they had the right power availability in the building, and he says two-thirds of the building was in great shape as the company had expanded in the 80’s and 90’s before the wood industry left. Narducci says he’s not even sure how much more product they will be able to produce as there is a lot of room for expansion. 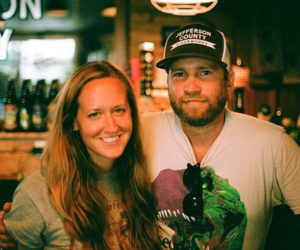 He says the current building is 2,500 square feet and the new building is 12,000 square feet of space for production. “We are also upgrading all of our tanks and equipment to go to higher vertical tanks — which will also increase our production ability — so it’s hard to really tell how much,” according to Narducci.

The added space gives them room to package the product for wider distribution. They now only sell the products in kegs directly to bars, but will be able to start selling it in bottles and cans. There is some work that needs to be done to upgrade the water and sewer systems in the building before they can get the new place running.

“We do a lot of rinsing and washing and cleaning and processing — its’ a sticky mess making cider — so we’re having to do a lot of cement work, some electrical, a few upgrades to the lights, and we hope to be up and running sometime around May,” Narducci says. He says they expects to add two new full-time positions and make two part-time hires this year as they expand. And the cidery is working with Indian Hills Community College to develop a branch-to-bottle cidermaking apprentice program focused on teaching how to both farm and ferment apples.

Working in the new facility, the full-time apprentice will learn skills that can be applied elsewhere in the cider business, or in the broader craft brewing and distilling, winemaking, and culinary industries.