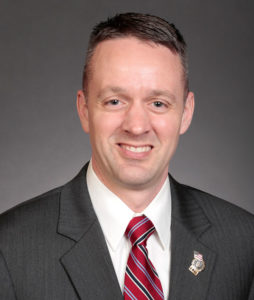 Iowa would no longer have a time limit on when the testimony from victims of child sex abuse may be used in a criminal case under a bill eligible for debate in the Iowa Senate. Under current law, there is a 10-year time limit on initiating criminal charges after the abuse occured.

Senator Dan Dawson of Council Bluffs says most other states have gotten rid of those time limitations, partly because victims of child sex abuse often don’t start to report it until they’re in their 30s or 40s.

“Like any other criminal case, the county attorneys still have evidentiary requirements and, if they have enough of them they will move a case,” Dawson says, “and if they don’t, then they won’t move a case forward.”

Senator Janet Petersen of Des Moines has been working on this issue for years after learning of cases where adults stepped forward with credible accounts of child sex abuse, but more than 10 years after it passed, so the cases weren’t pursued.

“We know that child victims of sexual abuse oftentimes are not even to articulate the horrific experience they have been through until the statute of limitations has already run out on them,” Petersen says, “so the way Iowa law is right now, it protects the perpetrator, not the victim.”

Petersen is pressing to change another Iowa law, so civil lawsuits can be pursued at any time by a child sex abuse victim. For example, some of the older victims of the Michigan doctor who’s been sent to prison for decades for abusing female gymnasts would not be able to sue for damages if the abuse had happened in Iowa.