You are here: Home / Agriculture / Iowans celebrate National FFA Week with a variety of events 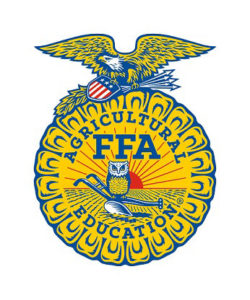 Iowa’s 15,000 FFA members will mark the start of National FFA Week today by driving their tractors into town, holding pancake breakfasts and other events to celebrate.

Kurt Veldhuizen, the FFA chapter advisor in Webster City, says the organization has played a vital role in teaching today’s students about the ag economy of the 21st century.

“We’re rooted in agriculture,” Veldhuizen says, “and our number-one goal is there in our mission statement that leadership, personal growth and career success for our students and we just use agriculture kind of as the path.” Agriculture is the nation’s top industry and currently employs more than 24-million people. Opportunities abound as there are 11 jobs for every single applicant in the ag industry. While the organization used to be known as Future Farmers of America, the FFA has grown with the times — and with technology.

“Agriculture has broadened out so much in the last 20 years,” Veldhuizen says. “We used to think 40 or 50 years ago that agriculture was just farming. Today, the farmer has to be supported by so many different fields and careers and opportunities for these kids to get involved in. That’s really exciting.” Many FFA chapters statewide will have special theme days next week, plus introducing elementary students to the world of agriculture and driving tractors to school. This year marks the 90th anniversary of the FFA program, founded in 1928. Nationwide there are over 659,000 members of the FFA in 7,400 chapters in all 50 states.