You are here: Home / Education / House approves one year of extra bus money for schools 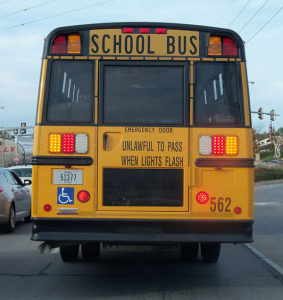 The Iowa House has overwhelmingly passed a plan to provide extra state money to about 40 percent of Iowa school districts to help cover transportation costs.

Some rural districts spend nearly $1,000 a year to bus students to school. Representative Tedd Gassman, a Republican from Scarville, said four school districts have merged into one in his area.

“There used to be about 1,600 students in all of those districts. Today it’s down to about 450 students,” Gassman said. “The cost of transportation has increased exponentially around the state after all of these reorganizations.”

The money spent on busing in districts like his takes away from what could be spent educating the students once they get to school, according to Gassman.

“There’s work left to be done with both the transportation and state aid equity,” Gassman said during debate this afternoon.

Last year, Republicans in the Senate voted for a permanent fix, but the House plan that emerged is a one-time allotment to address the transportation issue, plus extra money for address inequities in the formula that distributes general state aid on a per pupil basis. Representative Cindy Winkler is a Democrat from Davenport who argued for at least a three-year funding commitment.

“Give some predictable and sustainable funding…for our school districts,” Winckler said. “…Bring true equity to every student in the state.”

Davenport’s superintendent is using cash reserves to make up for a state funding inequity. He’s been notified by state officials he could lose his professional license for using more of his district’s reserves than is allowed by law.