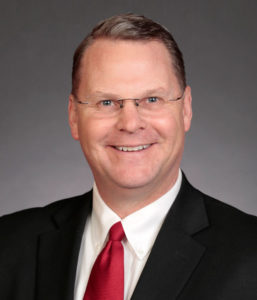 The Iowa Senate has unanimously passed a bill that would require Iowa educators to periodically complete a one hour training session in suicide awareness and prevention. Senator Craig Johnson of Independence told his colleagues suicide is the second-leading cause of death for Iowans between the ages of 15 and 24.

“I think all of us have probably been touched by a suicide by a loved one or family member or friend in the past,” Johnson said. “We’re all left with that sting afterwards and the questions of why.”

Senator Brad Zaun of Urbandale said it has taken “several years” to “do something good” like this bill, but Zaun said it’s only a first step.

“We do a terrible job with mental health in the state of Iowa,” Zaun said during a passionate speech on the senate floor. “…More needs to be done.”

This is the first piece of legislation to clear the Senate — or the House — in a year when lawmakers have promised to address flaws in Iowa’s mental health care system.

“This is a good step forward. It can’t be the last step,” said Senator Herman Quirmbach of Ames.

If the bill becomes law, teachers, principals and other educators would have to show they’ve completed one hour of suicide awareness training before state officials will renew their professional license. Senator Tod Bowman of Maquoketa is a teacher and coach.

“As an educator, I have had to face that empty desk…When you go to the funeral…It’s inevitably the question: ‘What could we have done differently?'” Bowman said, pausing between sentences in an effort to maintain his composure. “…The protocol that’s going to be provided to educators will be a good first step here.”

Senator Liz Mathis of Cedar Rapids voted for the bill, but Mathis said she found it “a little maddening” it only requires completion of a 60-minute course in suicide prevention.

“Some of you may say: ‘Well, we have to start somewhere…Let’s do one hour because the teachers have a lot of other things that they have to do,'” Mathis said. “…Don’t pat yourself too hard on the back over one hour.”

Senator Nate Boulton of Des Moines said a constituent whose son committed suicide three years ago has lobbied for this bill — and others.

“This is a step in the right direction, but we have a lot of steps to go here in terms of addressing mental health,” Boulton said, “and getting assistance to people that don’t have time to wait when they are making the decision whether or not to take their own lives.”

A similar bill eligible for debate in the Iowa House also would require training to help educators recognize the signs of depression and suicidal thoughts.