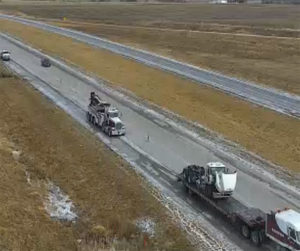 A deadly crash in south-central Iowa this morning involved a driver going the wrong direction on Interstate 35.

“We don’t know why the driver was heading the wrong way on the interstate or where they got on the interstate at…it’s still under investigation,” Ludwig said. The crash forced the closure of I-35 southbound for several hours.