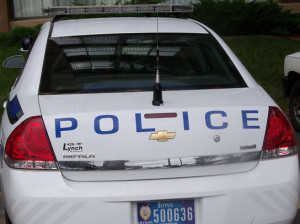 As state leaders hammer home the message, “If you see something, say something,” somebody did see something and reported a suspicious person outside Jefferson Elementary School in Clinton on Tuesday morning.

Clinton Superintendent Gary DeLacy says officers responded right away. “The school district was notified by the police that this had been reported,” DeLacy says. “After they did some investigation on that, the police believe that was actually a newspaper boy.”

While it turned out to be a false alarm, DeLacy says he appreciates the extra attention residents have for these situations. “People are trying to be very diligent when we hear something,” DeLacy says. “We’re probably extra-sensitive and we’re doing best practice to investigate.” Last week’s mass shooting at a Florida high school that left 17 people dead is fresh in everyone’s mind, and Iowa Governor Kim Reynolds used her weekly news conference this week to stress vigilance.

“I am glad that people are being diligent if they see or hear something that isn’t right,” DeLacy says. “They’re reporting it and we are investigating it. We realize people are ultra-sensitive on that which is okay. We want to be on the side of safety.”

Also Tuesday, there was an investigation into what was reported as inappropriate comments made by a student the Maquoketa High School in Jackson County. An investigation by police and the school district determined there was no credible threat.