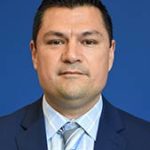 Clarke University football coach Miguel Regalado was selling a vision on the recruiting trail. Regalado inked a recruiting class of 33 players and three more have signed on in recent weeks. The school announced in January of 2015 that it was adding the sport of football and the Pride will debut in 2019 as a member of the Heart of America Conference.

“And I had to keep reminding myself that we had no football field, no weight room and no locker room to show on their tours so what we were selling was a vision”, said Regalado. “That’s the message that I tried to get across to every single family that was in our office and at our school was the vision that we had for our program.”

Regalado says the goal is to have 90 players on the team when practice begins leading up to the 2019 season. The Heart of American Conference also includes Grand View, William Penn and Graceland from the state of Iowa.

“The Heart of America is one of the top two leagues in the country at the NAIA level and we are going to be lining up with a lot of redshirt freshmen from the class of 2018 and true freshmen from the class of 2019”, added Regalado. “We will fill in some spots with junior college guys but otherwise I want this group to be graduating seniors so it is going to be a young group.”

Regalado says he was pleased with the reception the program received while putting the class together and acknowledges there will be some bumps in the road.

“I made it very clear to every family that was in my office that we will not be the New England Patriots on day one. This is going to be a very special place but it is going to take time.”