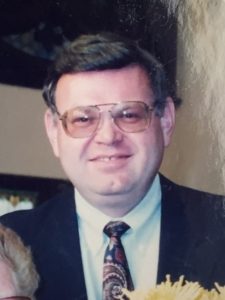 A longtime deputy commissioner of the Iowa Division of Labor, who died just over a year ago, left behind a large gift that will benefit firefighters across the state.

The bequest from Walter Johnson came as no surprise to his friend and former co-worker Mary Bryant, who says “Wally” spent 30 years in public service. “And he pretty much dedicated his life to safety for Iowa employees,” Bryant said.

A $130,000 check was recently delivered to State Fire Marshal Dan Wood. Johnson, in his will, requested the money be directed toward the state’s Fire Service Training Bureau. “At this time, we’re kind of evaluating what we’re going to spend that money on so we spend it the right way, the proper way, and the most effective way…we have nothing specific yet planned,” Wood said.

Walter Johnson was a Hopkinton native who graduated from Maquoketa Valley High School in 1965. He died last February at the age of 69 due to kidney failure and other complications.