You are here: Home / News / ‘Differences of opinion’ among Republicans on mid-year budget cuts 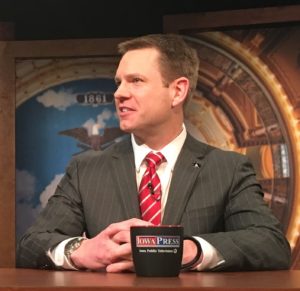 Republicans in the House and the Senate have not yet agreed on how to balance the current year’s state budget.

Schneider and his GOP colleagues in the Senate approved their budget-cutting plan two weeks ago.

“We have differences of opinion on how best to go about that,” Schneider said. “We sent over what we believe to be a fiscally responsible plan to the House.”

House Speaker Linda Upmeyer of Clear Lake, the legislature’s top Republican, told reporters late last week that it makes sense to wait until a new prediction of state tax collections is released March 9 before voting on a final plan.

“The cuts we make need to be ones that actually fit the need to balance the budget, so there’s no reason to cut people beyond what’s necessary in a budget that we thought was just fine last session,” Upmeyer said.

State tax revenue over the past several weeks has ticked up, partly because of federal tax changes. Upmeyer indicated she and other Republicans in the House believe that means the need to cut the current year’s budget is greatly reduced — or perhaps eliminated.

“They absolutely want to balance the budget, but they don’t want to do things that are unnecessary,” Upmeyer said.

This disagreement among Republicans over spending mimics last week’s GOP divide over tax policy. Senate Republicans unveiled what they described as a $1 billion package of immediate tax cuts. House Republicans announced plans to use Governor Reynold’s proposal to phase in tax cuts over a six year period as their template.