You are here: Home / Health / Medicine / Iowan to meet with Senator Ernst to discuss pathways to end extreme poverty 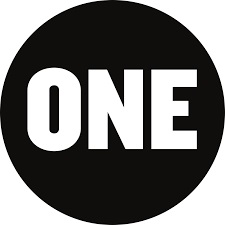 A central Iowa woman is in Washington D.C. today to lobby one of the state’s key elected leaders about ending global poverty.

Megan Berberich, of Urbandale, is in the nation’s capital representing the ONE campaign and she’ll be meeting with Senator Joni Ernst.

“We’re going to be asking her to fully fund the International Affairs budget which makes up only less than 1% of the overall budget,” Berberich says. “Cuts to these programs would be devastating to life-saving programs that have had proposed cuts of up to 30%.”

ONE was co-founded by U2 singer Bono as a campaigning and advocacy organization with the goal of ending extreme poverty and preventable disease, particularly in Africa.

Berberich says she wants to shed light on this critical budget issue that’s been largely overlooked.

“It goes to make sure these poverty-fighting programs exist,” Berberich says. “It can go anywhere from making sure vaccines get on the ground to making sure the infrastructure’s okay.”

She says untold numbers of children and families are dying globally from preventable diseases and unimaginable conditions.