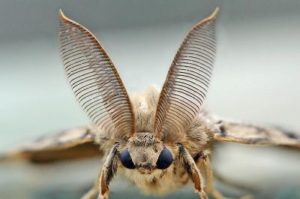 A public meeting is planned next week in eastern Iowa’s Jackson County to fill residents in on the state’s proposed plans to attack a destructive insect — and it’s not the emerald ash borer.

Mike Kintner, with the state ag department, says if left unchecked, infestations of gypsy moth caterpillars can quickly grow and gobble up practically everything green.

“The gypsy moth has been in the United States for a long time, since the 1860s on the East Coast, and it’s been slowly creeping across the United States, heading west,” Kintner says. “We’re just starting to see it now here in Iowa, especially in the northeast part of the state.”

While airplanes have been used in the past to spread a naturally-occurring soil bacteria to control the moths, helicopters will be used this year in Jackson County. The first of two applications will be done in mid-May. 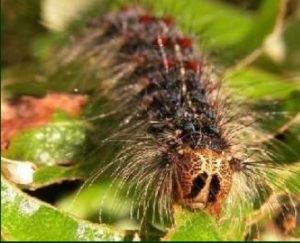 So far, the moths have only been found in a few northeast Iowa counties along the Mississippi River and Kintner hopes they can keep it that way.

“Emerald ash borer, of course, attacks just ash trees but the gypsy moth, unfortunately, can attack over 300-plus different types of trees and shrubs and plants,” Kintner says. “And unfortunately, their favorite host tree is the oak tree which is a big component here on the Iowa landscape.”

Just one female gypsy moth can lay an egg mass that hatches between 500 to one-thousand caterpillars and it’s those caterpillars that do all of the destruction, not the moths.

“There’s great potential to have a breakout population and when they start feeding on the trees and they defoliate the trees, and that’s what they do, the caterpillars are going to go up and feed on the leaves, it really puts a lot of stress on the trees,” Kintner says. “When that happens year after year after year, trees that are already under stress due to other factors can be killed.”

The public meeting is scheduled for 7 to 8:30 PM next Tuesday (March 6th) at the community center in Bellevue.