A new bridge over the Mississippi River is not expected to be ready for traffic until 2021, but motorists can take a virtual tour of the structure right now. The virtual reality simulation designed at Iowa State University allows Iowans to see the I-74 Mississippi River Bridge between Davenport and Moline, Illinois as it will look when it’s completed.

Nir Keren, an associate professor of agricultural and biosystems engineering at ISU, says it’s a good way to keep people excited about the project. “Creating this early enough, so the public can look at this and see how it will be relative to where they live, relative to the community and shopping centers, relative to where the highway is, gives them a better sense of where things are,” Keren said.

The simulation involves a headset or computer screen to allow users to see the bridge from any angle they choose. “And be on top of the bridge, where – unless you’re a construction person – you’ll never be able to be at,” Keren said.

The current I-74 bridge was built in the 1930s. The new bridge will feature white arches, six lanes in each direction, a bicycle and walking path, and an observation deck. 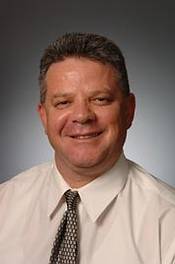 According to Keren, the virtual reality project will help developers recognize potential problems with the bridge long before it’s fully built. “When you do that in the design stage, it can save a tremendous amount of money in comparison to identifying (problems) after the bridge has been created,” Keren said. “Because usually then, there is only little you can do to in order to mitigate some of the issues associated with the limited visibility.”

The simulation also allows users to “dive” into the Mississippi River and learn about the federally protected mussels that had to be moved prior to the bridge construction work. “The virtual reality allows the public to go under the water, see the mussels and interact with them, and see the bridge the way it will look from the bottom of the Mississippi River,” Keren said.

The team at the ISU Virtual Reality Applications Center took about six months to design the simulation. The virtual reality program is currently on display at the Moline (Illinois) Public Library.