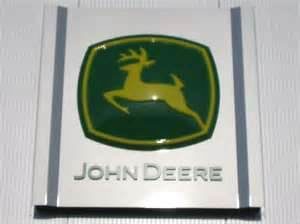 Tax reform and how it will affect the bottom line were topics addressed at Wednesday’s John Deere annual meeting in the Quad Cities.

Sam Allen, chair and CEO of Iowa’s largest manufacturing employer, was asked about the $900-million hit Deere reported in its first quarter earnings due to tax reform.

Deere spokesman Ken Golden says in the long run, the drop in federal taxes will be good for the company, for Deere dealers and for farmers.

“Each year until the new tax reform law went into effect, depreciation was an annual decision,” Golden says. “We saw customers waiting to make their decision on buying equipment based on what was going to happen to the law. The permanence is really what Mr. Allen was talking about in smoothing out this kind of impact that depreciation has on large equipment purchases.”

Deere opened the shareholders meeting with a video celebrating the 100th anniversary of entering the tractor business.

Tony Knobbe is one of the organizers of this year’s Gathering of the Green. He invited Allen and the audience to next month’s convention for John Deere tractor collectors. Knobbe is very proud of the theme the group selected — “Legend, Made Legacy.”

“If you look in their annual report, on the second page you’ll read, ‘The Hundred Year Legacy of the John Deere Tractor’,” Knobbe says. “And down here, it says ‘The Legend Runs On’. I know we didn’t steal it from them because this wasn’t produced when we produced our theme.”

During the meeting, Sam Allen quoted an old letter from a Deere board member. It was written before the company bought the Waterloo Gas Engine Company in 1918, and said, “The tractor will never replace the mule.”