You are here: Home / Crime / Courts / Man accused of killing wife prior to standoff with police in Cresco 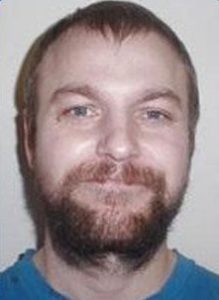 The Iowa Division of Criminal Investigation has released more information about a fatal shooting and standoff early Thursday morning in northeast Iowa. The suspect is accused of killing his wife.

Brian Fullhart, 34, of Decorah is facing charges of first-degree murder and going armed with intent.

Authorities were called to a residence in Cresco around 1:30 a.m. Thursday on a report of gun fire. When officers arrived, they say Fullhart was uncooperative and threatened to shoot officers. He was taken into custody without incident five hours later.

Police say when they entered the home, they found the body of Zoanne Fullhart, 34. Brian Fullhart is being held in the Winneshiek County Jail.

Thanks to Darin Svenson, Decorah