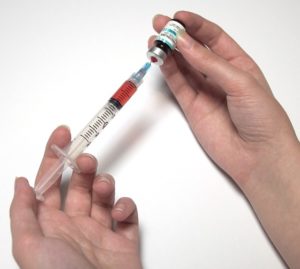 Young Iowans are being vaccinated for the human papilloma virus or HPV at a rate higher than the national average, according to a report from Des Moines-based Wellmark Blue Cross and Blue Shield.

It’s encouraging to see that Iowa’s pacing ahead, he says, especially with such a threatening virus.

“Certainly, we have a very strong primary care base in Iowa,” Gutshall says. “Our pediatricians and family docs do a wonderful job as far as the care of children in Iowa and if you look for, not just vaccination rates but just in the care of children overall, Iowa always tends rank high up in those kinds of ratings.”

The immunization is shown to be more than 97% effective at preventing infection from the types of HPV that cause most related cancers.

“Down the road, we will definitely see a decrease in cancers,” he says. “In different countries who started this immunization even before we have in the United States, they are already seeing a marked decrease in the pre-cancerous changes, specifically in women for cancer of the cervix.”

The HPV vaccine is recommended for children ages 11 and 12. The CDC recommends two doses. The second dose should be given six to twelve months after the first.