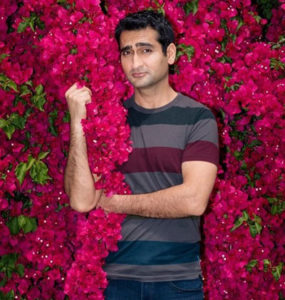 The star of the movie “The Big Sick” gave a shout out to Iowa during last night’s Academy Awards ceremony on ABC TV.

Kumail Nanjiani is a 2001 graduate of Grinnell College. He was joined on the stage by Lupita Nyoung’o, a native of Kenya. “And I’m from Pakistan and Iowa, two places that nobody in Hollywood can find on a map,” Nanjiani joked.

The pair presented the Oscar for best production design, but before doing so, they addressed the ongoing immigration debate in U.S. — saying they both grew up dreaming of one day working in the movies.

“To all the Dreamers out there, we stand with you,” Nanjiani said. Nanjiani and his wife, Emily Gordon, wrote The Big Sick, which was nominated for an Academy Award in the category of best original screenplay.