You are here: Home / News / Senate proposes $40,000 fine for spoofing an Iowan with an Iowa area code 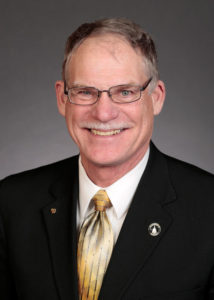 All 50 members of the Iowa Senate have voted for legislation that would penalize people caught “spoofing” in Iowa.

“We all receive the calls where it looks like a local number, just to find out its a telemarketer or some other unwanted call,” Senator Dennis Guth of Klemme said during senate debate today.

The use of fake caller ID numbers has exploded, even though it is against federal law. The bill that has cleared the Senate makes spoofing a crime if an Iowa area code is used and the person receiving the call is within the state’s borders. Those found guilty of such spoofing would be fined $40,000 per call.

This proposal now goes to the Iowa House for review.