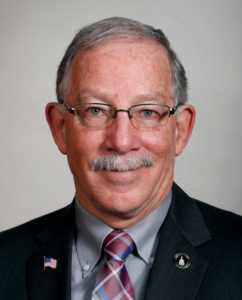 Republicans in the Iowa House have voted to remove a requirement that college graduates pass an exam before they may be hired as a teacher.

The rule was included in a 2013 education reform plan touted by former Republican Governor Terry Branstad. Republican Representative Tom Moore of Griswold said about 500 people have failed the test and, after spending thousands of dollars on a college degree, they cannot enter the teaching profession.

“It’s a road block for the teacher and the administration that wants to hire them,” Moore said.

Moore, who is a retired teacher, said passing a test doesn’t indicate who’ll be an “excellent teacher” who can command a classroom and connect with students.

“We had high standards before 2013,” Moore said. “Iowa has always been a leader nationally and we didn’t have a darned test to decide whether you were qualified to be a good teacher.”

Moore has a neighbor who got an education degree and a job offer, but failed the test twice.

“I can give you many examples from superintendents and prospective teachers that I’ve spoke with about this,” Moore said, “and it’s simply a barrier.”

Critics say the test shows a prospective teacher is proficient in the subjects they’ll teaching. Representative Mary Mascher, a Democrat from Iowa City, is a retired teacher who opposed the bill.

“We do not want to see a dumbing down of the profession,” Mascher said. “We have standards in place and we have expectations from our teacher prep programs and we do that because not everyone should teach.”

The test is graded on a curve and 96 percent pass. Representative Art Staed, a Democrat from Cedar Rapids, has been a teacher for 40 years.

The test, he said, ensures teachers are “qualified to face the students” in their classrooms. The bill passed the House on a 55-42 vote. It will next be considered by a senate committee.