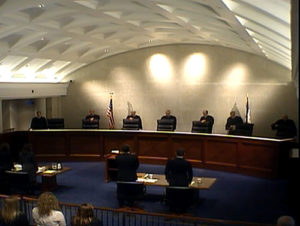 The Iowa Supreme Court heard arguments today in a lawsuit over sexual exploitation by a pastor in Pella.

Former Pastor Patrick Edouard was found guilty of sexual exploitation by a counselor in 2012. Valerie and Anne Bandstra, two of the victims, are asking the Supreme Court to allow them to sue the Covenant Reformed Church.

Church attorney Michael Thrall says the religious freedom clause of the U.S. Constitution bars any claims that the church board didn’t properly handle the situation. He says that brings up religious questions about how the church views sin and forgiveness.

“Those issues can’t be resolved outside the context of the doctrines of the church-what they believe, what the elders believe-and I think all of those things implicate First Amendment issues that the court historically has avoided,” he says. Thrall also says the lawsuit wasn’t filed within the proper time period.

The attorney for the women, Roxanne Conlin, argues the church Board of Elders is liable for failing to supervise the pastor, and for failing to keep later statements about the victims confidential. Conlin says the church board allowed the pastor to counsel women behind a locked door for many years.

“They have some obligation-particularly given the fact that this is not an uncommon thing to have happen-to find out what their pastor is doing in his basement. And they took no steps at all to do that,” Conlin told the justices. The Supreme Court will issue a ruling on the case at a later date.