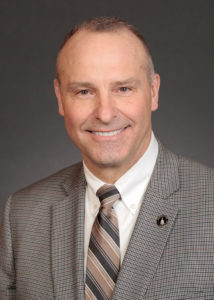 The Iowa Senate has unanimously voted to require that school officials in Iowa conduct annual drills for dealing with emergencies like natural disasters and “active shooter scenarios.”

The requirement would apply to state-accredited private schools as well as public schools. Senator Tim Kraayenbrink of Fort Dodge says this bill was drafted before February’s mass shooting at a Florida school, but he says that tragedy “reinforces” the need for it.

“The main thing that motivated us, I think, as a bipartisan senate to move this is that 88 percent of our schools do have a plan. Ten percent are ‘high quality’ (and) dig a little bit deeper than just a plan on paper,” Kraayenbrink says. “It goes through the training.”

The bill that passed the senate requires school officials to coordinate with local law enforcement and conduct a yearly active shooter drill in each school building.

Students would not be required to participate in any drill.

“We felt that a lot of the students would be traumatized because of it,” Kraayenbrink says. “…Another reason we tried to keep the bill narrow is children might be sharing this information more outside of the realm of the school.”

According to Kraayenbrink, senators were concerned students might inadvertently talk about details of school safety plans that might be exploited by people considering a shooting at a school. The bill passed the Senate earlier this week. It must clear the House as well and be signed by the governor before these requirements would take effect.