You are here: Home / News / Iowan who took a chance on Nashville returns with her band 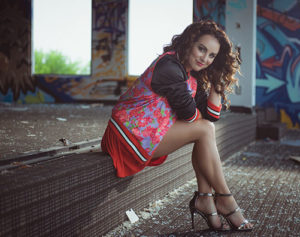 A northwest Iowa native and her band from Tennessee are making a stop in Des Moines tonight.

The show at the Temple Theater is a homecoming-of-sorts for Danika Portz, who moved to Nashville seven years ago. “I didn’t know anyone. I had a place to live, but I didn’t have a job yet,” Portz said of her early days in Music City. “Man, I think by the grace of God and some really hard work, I just found some amazing people who kind of took me under their wing – it’s just been an amazing journey.”

Portz graduated from Remsen St. Mary’s High School in 2007 and Drake University four years later. She wasn’t always committed to a career in the music biz.

“It really wasn’t until going into my senior year at Drake that I decided to kind of pull the trigger and go for it,” Portz said. “Up until then, I was kind of dancing around some other ideas of doing music on the side and maybe do something with my degrees. I studied accounting and marketing.” Portz, who writes her own songs, is promising a high energy show tonight in Des Moines.

“I’m bringing the biggest band I’ve ever brought back to Iowa and we’re just going to rock it out. I’m so pumped,” Portz said. Portz’s bio states her “rhythmic, contemporary and soulful sound could be compared to Ingrid Michaelson, Katy Perry and Ed Sheeran.” Portz recently completed her fifth overseas military tour.

“We’ve gone to southwest Asia, the Mediterranean, and Europe. It is just literally life changing,” Portz said. “I’ve got two brothers in the Air Force, so being able to share that connection with them is something that is really cool for me and not something that many civilians get the chance to do.” Portz also has a sister, who served as her tour manager on Portz’s last tour.

Danika Portz’s show at the Temple Theater in downtown Des Moines is at 7:30 tonight.