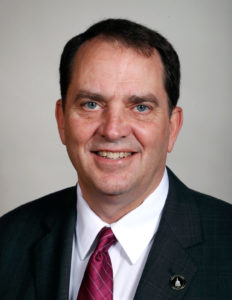 Democrats in the Iowa House staged something akin to a nearly four-and-a-half hour filibuster Thursday, in protest of the state’s new voter verification law. Representative Bruce Hunter of Des Moines authored half of the changes Democrats were seeking in the law.

“Start creating laws in this state to make it easier to exercise your constitutional right to vote,” Hunter said. “…We’ve certainly done it with gun rights. It’s time to treat our voters at least as well as our gun owners.”

House Republicans rejected each one of the Democrats’ proposals. The debate came on what Republicans like Representative Michael Bergen of Dorchester described as a non-controversial measure to correct “technical errors” in state election laws.

“There are a number of topics, discussion points that came up during our debate that, quite frankly, just are detracting from our bill,” Bergen said at the conclusion of the debate.

Bergen said the bill would make the state’s voting system “work better.” Democrats say the new law is causing confusion and Iowa’s secretary of state needs to do more to educate voters and make sure voter registration data is accurate.

One lawmaker said poll workers misinterpreted the new law when he and his wife went to vote in a municipal election this past week and initially tried to bar his wife from casting a ballot.