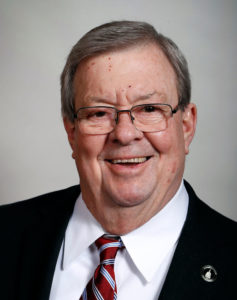 The Iowa House has unanimously approved new “accountability measures” for the private companies hired to manage care for Iowa Medicaid patients. Representative Dave Heaton, a Republican from Mount Pleasant, said doctors, hospitals and other health care providers are complaining to legislators about unpaid claims — and patients are complaining about denied care.

“We know that there have been some bumps in the system and the governor has recognized some of those difficulties that we are having,” Heaton said Thursday. “As a legislator, we thought this bill…was an opportunity to address some of these concerns and encourage our managed care program to operate smoother.”

The bill that cleared the House yesterday directs the private companies to adhere to “national industry guidelines” and meet contract deadlines for paying claims. Any error in processing claims would have to be corrected in 90 days. The bill also seeks to ease the process for patients seeking “prior authorization” for things like seeing a doctor or having surgery. There’s also a call for a report on home health care for elderly and disabled Iowans enrolled in the Medicaid program.

“It’s not quite as strong as I would like the oversight language to be,” said Representative Lisa Heddens, a Democrat from Ames, “but it does have some very good starting points in it.”

For example, Heddens indicated it would establish one, consistent co-payment amount for all prescription medications. She said there’s confusion among patients, pharmacies and managed care companies because the current system has varying co-pays, depending on the type of medication.

These changes have been a priority for House Republicans and Democrats. The proposals now go to the Iowa Senate for review.