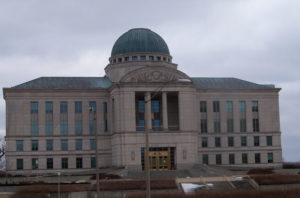 The Iowa Supreme Court ruled today on how becoming a corporation impacts small businesses under the Iowa Civil Rights Act.

The case involves Joanne Cote, an employee of the Derby Insurance Agency in Sioux City from 19918 to 2014, who alleged she and other women were sexually harassed by her supervisor. The supervisor accused of harassment is Kevin Dorn, the husband of agency owner Patricia Dorn.

Patricia Dorn argued her company is exempt from the Iowa Civil Rights Act under a provision for companies with less than four employees. Most of her employees were family members, who are normally exempt from being not counted as employees.

Cote argued the company is a corporation and does not have family members and cannot qualify for the exemption.

The Supreme Court ruling says the justices are mindful that the legislature chose to exempt small employers from the Iowa Civil Rights Act to protect their freedom of association. But it says corporations do not have family members and the court must defer to the legislature to amend that provision if it chooses to allow small incorporated employers to omit the owner’s family members. The ruling upholds the district court and appeals court rulings that corporations do not have family members.