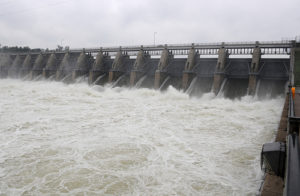 The experts are maintaining their prediction for slightly above-normal runoff into the Missouri River reservoir system this spring.

Nicolle Shorney, an engineer with the U.S. Army Corps of Engineers in Omaha, says little is changing in the latest forecast. “The 2018 calendar year runoff forecast for the Upper Missouri basin above Sioux City, Iowa, is 29-million acre feet which is 115% of average,” Shorney says.

The Corps of Engineers continues to watch the snow pack in the higher elevations of the Missouri River basin, but at this point, Shorney says they expect run off in the lower basin to be closer to average.

“For the lower reaches, from Lake Oahe to Sioux City, we’re forecasting near-average runoff for the March through July period based on plains snowpack, soil moisture conditions, precipitation outlooks and current runoff trends.”