You are here: Home / Agriculture / Show about farm women created by Iowan returns for another season 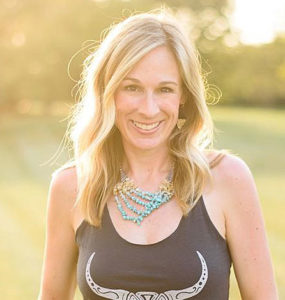 A television show spotlighting women in agriculture, hosted by an Iowan, returns tonight with a new episode. Marji Guyler-Alaniz of Urbandale created the program FarmHer, which is in its second season.

The show chronicles the lives of women farmers across the United States. “We have a goal of showing every state eventually,” Guyler-Alaniz said. Females make up just over 30% of the farming workforce. Guyler-Alaniz launched FarmHer in 2013 as a photography project focused solely on Iowa.

“It started as a pretty basic website and social media pages and my very lofty, but simple goal was to show the world that women are a part of agriculture through those pictures,” Guyler-Alaniz said. The FarmHer organization has grown dramatically in five years. So much so that Guyler-Alaniz has hired two employees.

“I’ve got a communications person and an events and merchandise person as well to handle all of those other parts of FarmHer…I just can’t keep it all going by myself anymore,” Guyler-Alaniz said. The FarmHer TV show begins the second half of its second season tonight. Guyler-Alaniz hopes the stories she presents serve as a source of inspiration for viewers.

Many of the women profiled on the program left the business world to pursue a life in farming. “There’s triumph, sadness, there’s hard work, and there’s a love for what they do,” Guyler-Alaniz said. “I think you’ll see agriculture in a different light. I think you’ll see some of the beauty that women bring to agriculture, which is kind of a different way of looking at it.”