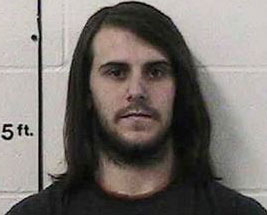 An arrest was made today in connection with the stabbing death of a William Penn University basketball player nearly two weeks ago.

“VanHemert was taken into custody, without incident, at approximately 10 this morning at his place of employment in Pella,” Motsinger said. The stabbing happened on the night of March 1 and claimed the life of 22-year-old Marquis Todd, a native of Woodbridge, Illinois.

VanHemert, who is white, is from Oskaloosa. Todd is black. “The investigation, up to this point, has not revealed anything relating to race,” Motsinger said. “This all happened in relation to a minor traffic incident.” VanHemert was in a car involved in that traffic incident and, according to Motsinger, the car returned to the scene two more times.

“On the third occasion, they got involved with the other party, which resulted in a physical altercation, which obviously then led to the stab wounds,” Motsinger said. “Unfortunately, the result was a young man’s life was taken.” Motsinger credited “misinformation” spread online as one reason it took a while to develop enough information to arrest VanHemert.

“We had a lot of people saying on social media that they were there, that they were present when the incident happened. Investigators have to sort through all of that and that’s why it’s taken several weeks – to sort through all the information that’s been coming in, to determine what is actual fact versus what misinformation has been spread out in the community,” Motsinger said.

Todd was a starter on the William Penn basketball team. The fight and stabbing on March 1 happened off-campus.